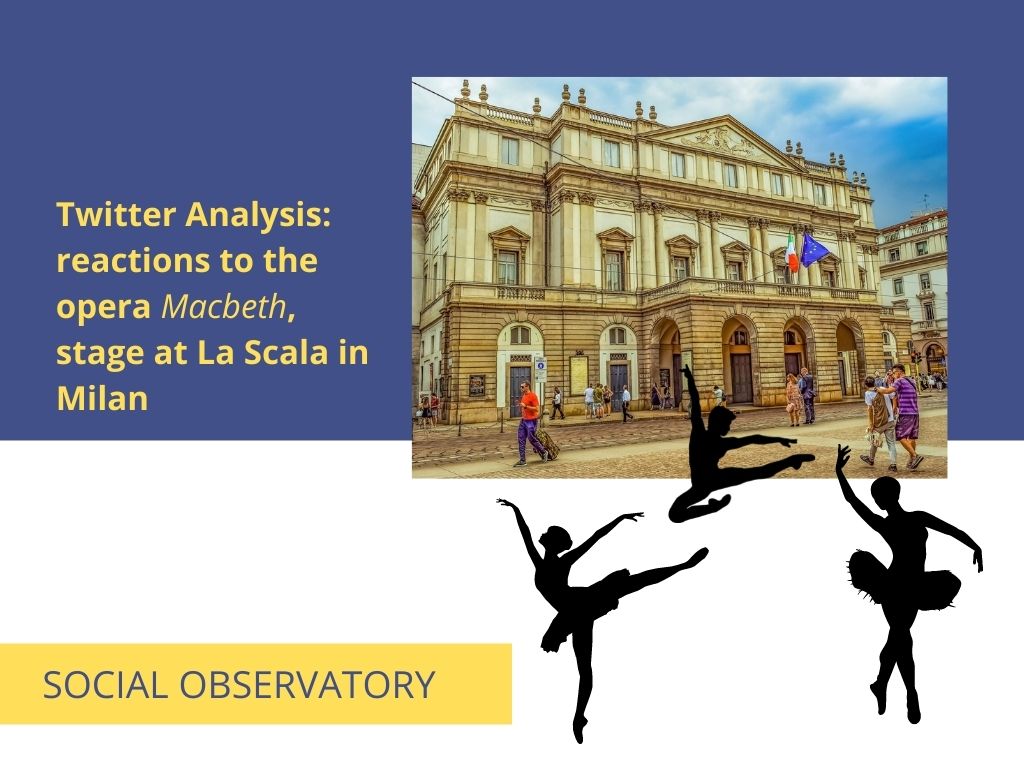 After a long time of closure due to the pandemic, it was possible to return to attend a theatrical work. We are talking about the Prima della Scala in Milan, which offers the opera Macbeth by Giuseppe Verdi.

Directed by the Maestro Riccardo Chailly and with the direction of Davide Livermore, the script of the opera is revisited by setting it in a modern city, very different form the settings of 11th century Scotland.

We start from the reactions that #PrimaScala has aroused to carry out our Social Observatory activity, proposing an analysis on social Twitter.

The analysis focuses on December 7, the day of the premiere.

We analyzed 200 tweets divided according to different moments of the evening: 42 tweets published 30 minutes before the beginning of the opera; 123 tweets published while the opera was in progress and 35 tweets shortly after the end were collected. Most contained the hastags #PrimaScala and #Macbeth.

The likes generated were 5064, while the comments and retweets were 242 and 599 respectively. Not very high numbers, considering that most of the tweets came from private users. Several, however, are the verified profiles that dedicated more posts to the evening, including: RaiUno, RaiPlay, RaiCultura; newspaper such as IlMessaggero and Focus; journalists and web pages such as FanPage; television programs such as “Che Tempo Che Fa” and “Oggi è un altro giorno”. 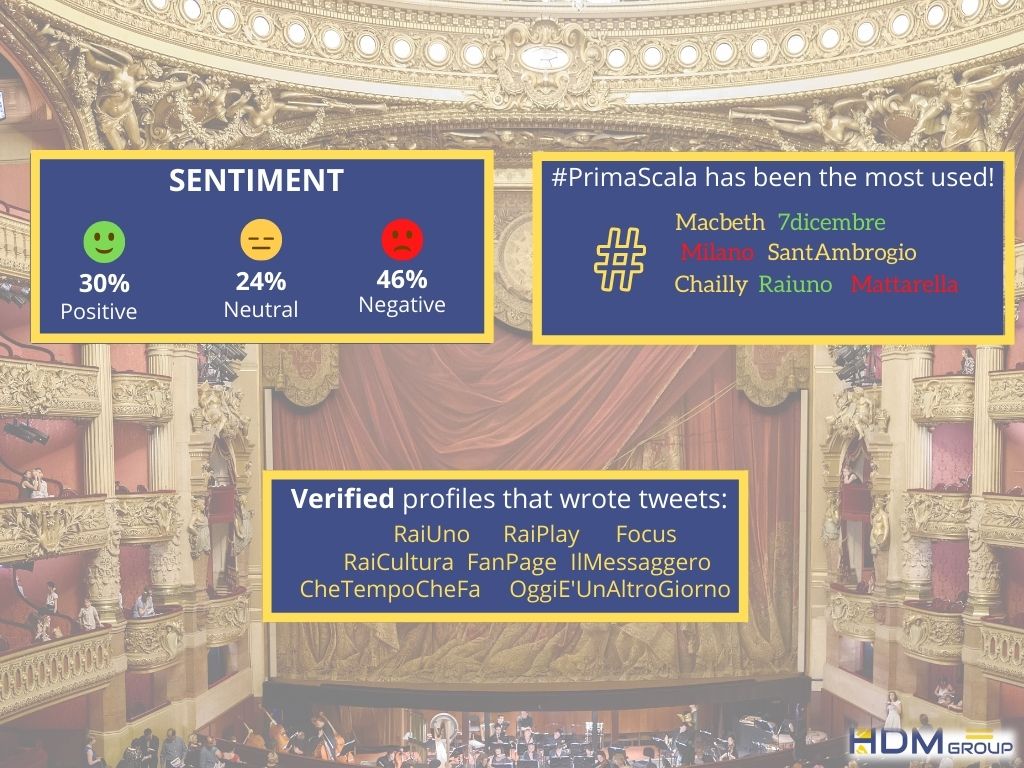 The sentiment generated is mainly negative with 46%, positive with 30% while 24% produce neutral feedback. From the tweets of the users it is clear that the modern key that was given to the opera did not convince the audience at home. Negative sentiment includes tweets that refer to the lack of competence of the two host of the event and to the technical audio problem that Rai had at the beginning of the opera. The positive tweets referred, in particular, to the amazement of seeing a theater full of spectators after such a long time. 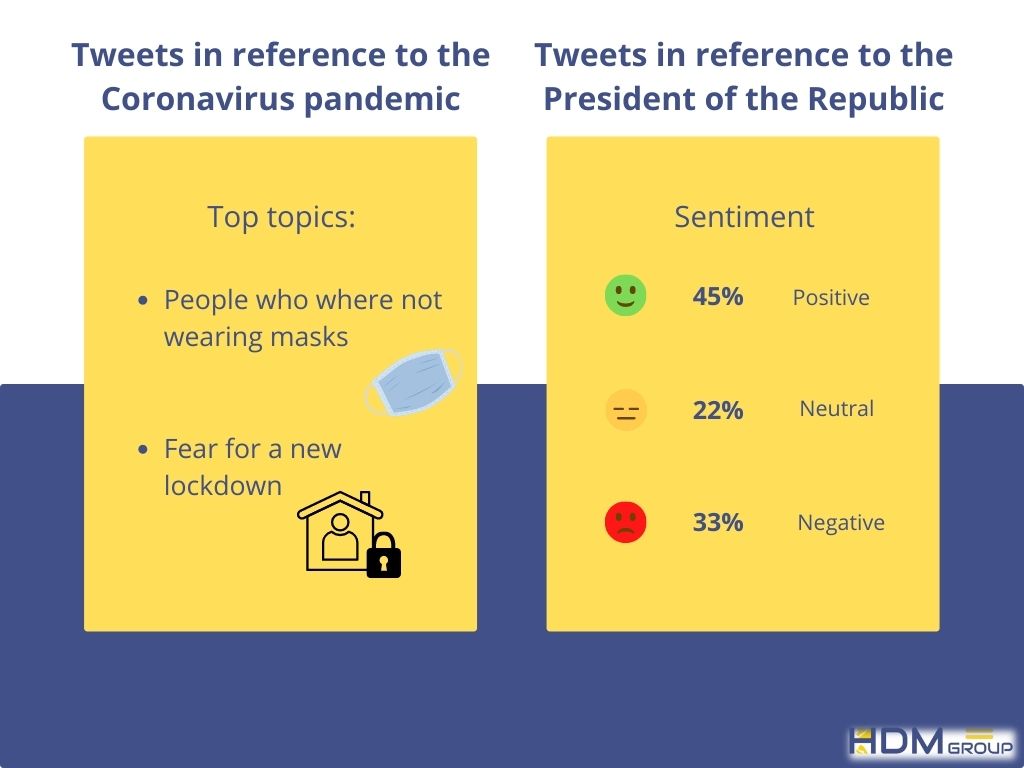 The surprising fact concerns tweets referring to the Coronavirus pandemic we are still experiencing and the upcoming election for President of the Republic. For the first topic, the tweets were all negative, referring to the fact that some people in the audience were not wearing masks or that a new lockdown would be triggered as a result of the Prima Scala.

During the beginning there was a long applause to President Sergio Mattarella, the resulting tweets thanked the President for the mandate carried out, other did not explain the reason for the applause to the President and others referred to a possible future with Silvio Berlusconi as President of the Republic.

HDM’s Social Observatory focuses on the importance of information form social networks and the potential of web monitoring. Collecting and interpreting the enormous amount of data available from the web can allow companies to improve their positioning and develop new lines of business.