Twitter Analysis: Italians’ reaction to the results of the Eurovision Song Contest 2022

Twitter Analysis: Italians’ reaction to the results of the Eurovision Song Contest 2022 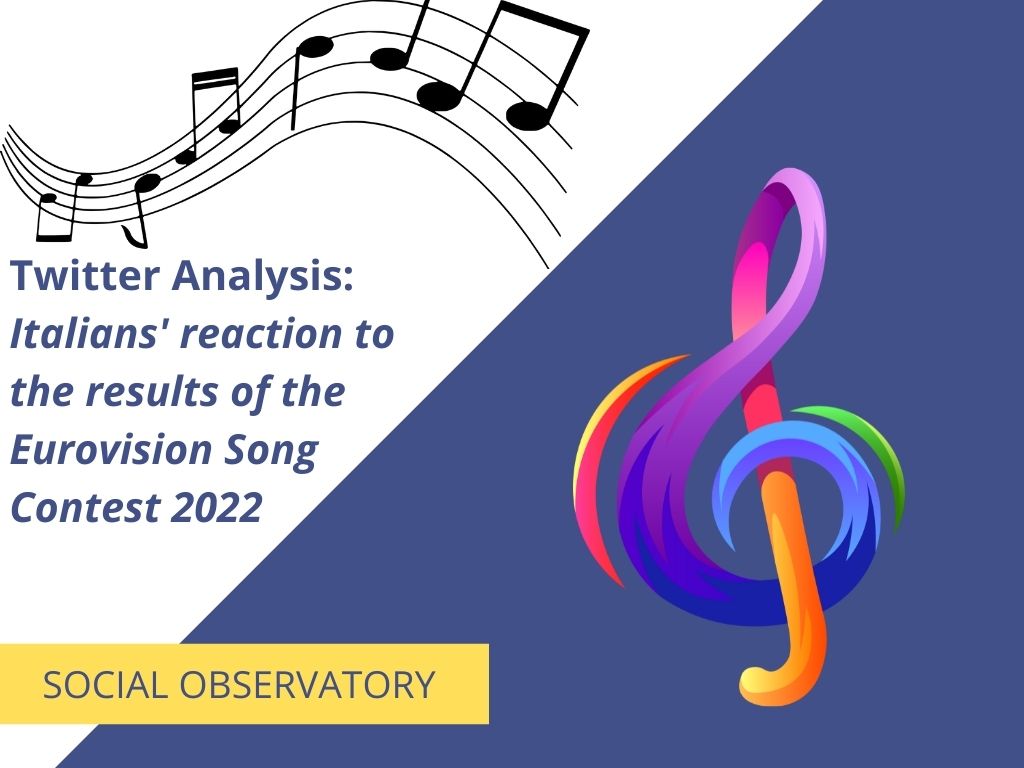 We restart our social observatory after weeks of interruption due to the international situation and, having already talked about the hosts in this article, we return to the Eurovision Music Festival held in Turin from 10 to 14 May 2022 to analyse reactions to Ukraine’s victory.

To carry out our Social Observatory activity, we carried out an analysis of a total of 250 tweets – of which 160 from the final and 90 after the announcement of Ukraine’s victory – using the hashtag #EurovisionSongContest.

The tweets analysed showed that a total of 7766 likes, 787 retweets and 210 comments were achieved during the two moments. In particular, during the final there was a higher participation on Twitter by users with 6151 likes, 532 retweets and 121 comments compared to 1614 likes, 255 retweets and 89 comments shared after the announcement of the festival victory by Ukraine.

If we take a closer look at the sentiment of the two moments separately, it can be seen that the final was characterised by the majority of positive sentiment, while, on the contrary, negative sentiment prevailed after the declaration of victory. 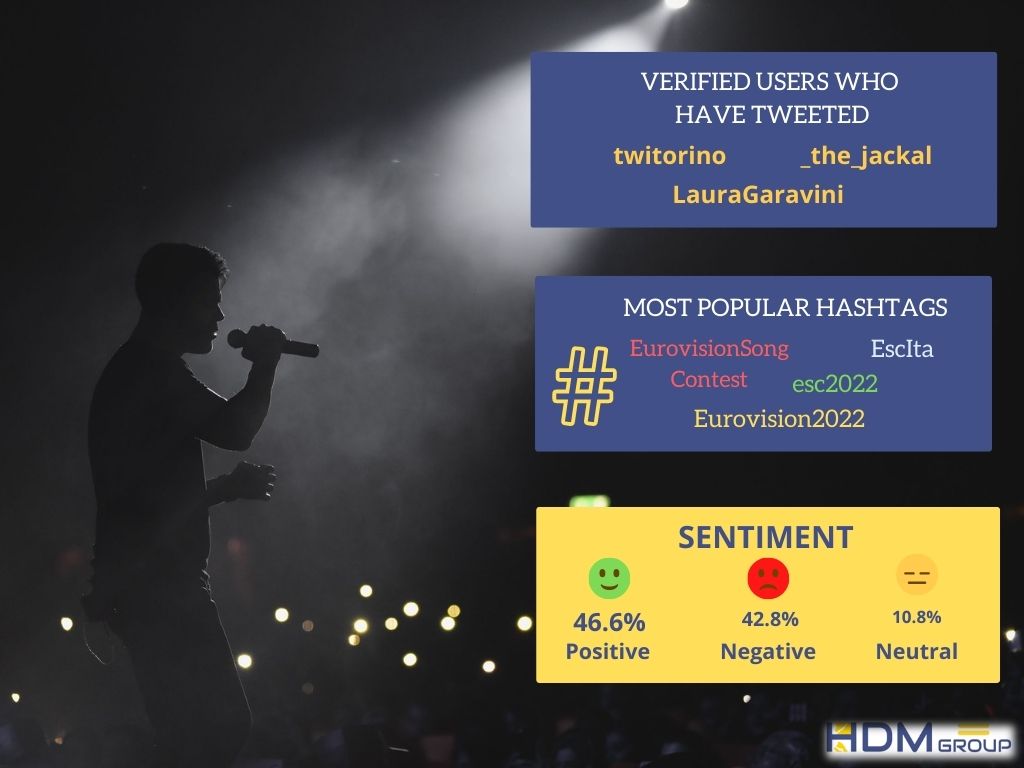 In a qualitative analysis, it emerged that the main topics discussed in the tweets during the final were disparate, such as the personal preferences of each user regarding the singer who most deserves the victory, the invitation to vote code 09 for Italy to win, and funny comments regarding the commentators of the evening. There were also numerous compliments on singer Gigliola Cinquetti’s performance, and the arrival of Måneskin also generated very positive sentiment.

There were also very few and isolated – fortunately – homophobic comments directed at some of the singers in the competition.

However, we note the presence of tweets characterised by a very negative sentiment regarding San Marino’s choice to give their 12 points to Spain and not Italy.

After the proclamation of Ukraine’s victory, we registered different reactions. The first concerns people who claimed to have known from the start who would win the festival and brought, as evidence of this, a tweet of their own from a few days earlier in which they predicted this victory. The second reaction concerns users who commented positively on the victory and said it was an important sign for a united Europe against wars and recognised how music had an incredible power to unite people. The third reaction was from those who argued that Eurovision was no longer a music festival but a political one and that the victory was already announced.

In general, there were few memes, and the few that emerged were mainly about the presenters.

Both private and verified users took part in this real time conversation, such as the Twitter profile of the city of Turin ‘twitorino’, the comic group The Jackal, who spoke many times, and finally the Senator of the Republic Laura Garavini.

HDM’s Social Observatory aims to underline the importance of the information that can be obtained from social networks and the potential of web monitoring. Collecting, interpreting and studying the enormous amount of data that can be obtained from the web allows companies to improve their positioning with respect to competitors, develop new lines of business and improve their communication.

If you are interested, click here to find out more, we will be happy to offer you the web monitoring service best suited to your needs.