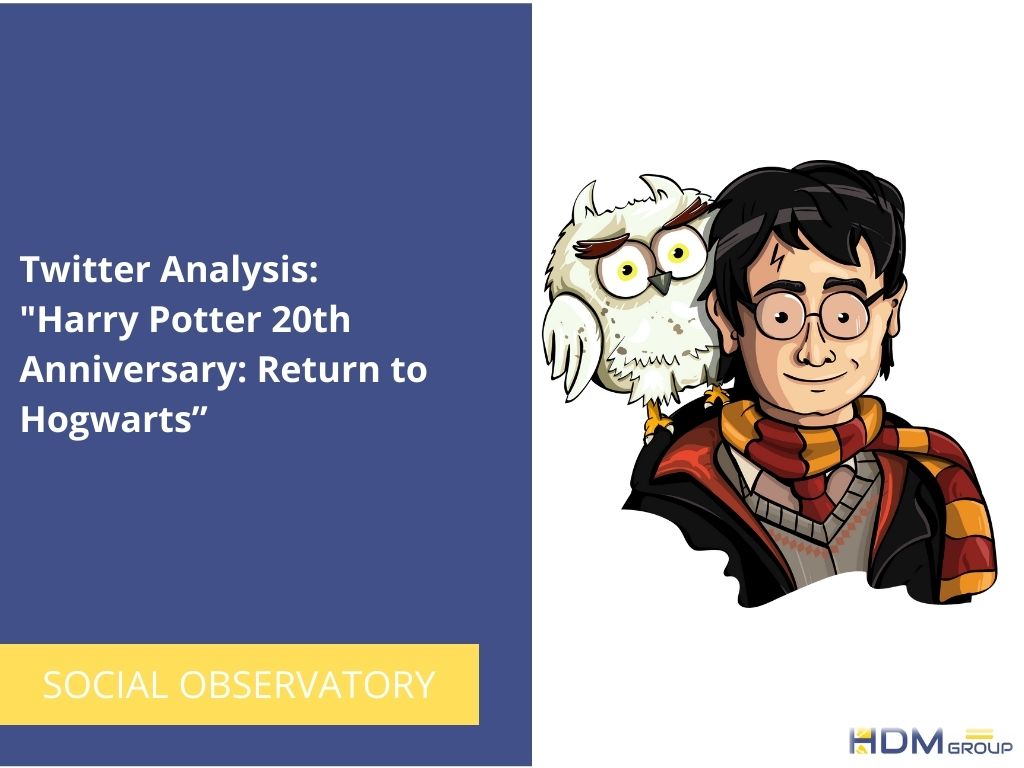 On 16 November 2001, Harry Potter and the Philosopher’s Stone, the first in a series of eight films dedicated to the best-loved wizard, was released in cinemas.

20 years later, on 1 January 2022, the creators decided to offer a special broadcast on Sky and live streaming on Nowtv, “Harry Potter 20th Anniversary: Return to Hogwarts”. The almost two-hour event brings together the cast, directors and producer to celebrate the first two decades since the first film in the saga was released.

We would like to start from the success of the saga as starting point for reflection in our Social Observatory activity, entering more specifically we would like to propose an analysis regarding the reactions that the reunion has aroused on Twitter.

We analysed 185 tweets in Italian language with the hashtag #HarryPotter, #HarryPotter20thAnniversary and #ReturnToHogwarts  and we obtained interesting information regarding the impressions of the users who saw the saga and the reunion.

The likes generated by the tweets were 15025 and retweets 1867. We expected a bit higher numbers considering that the analysis covers two days, but despite this we can say that the response of the Italian community of the little wizard is not at all lacking. 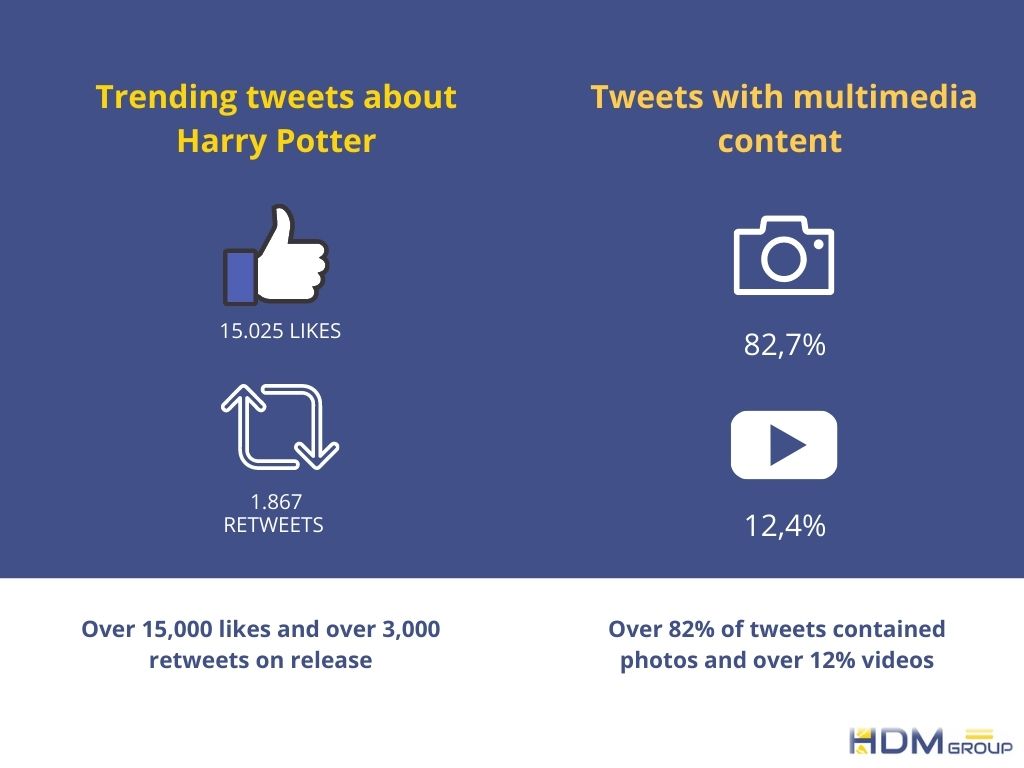 The most striking fact is the amount of photos, in this case pictures, containing fragments of scenes from the reunion with quotes from the characters of the reunion. In fact, tweets containing photos accounted for 82,7% of the sample compared to 17,3% that did not contain any. 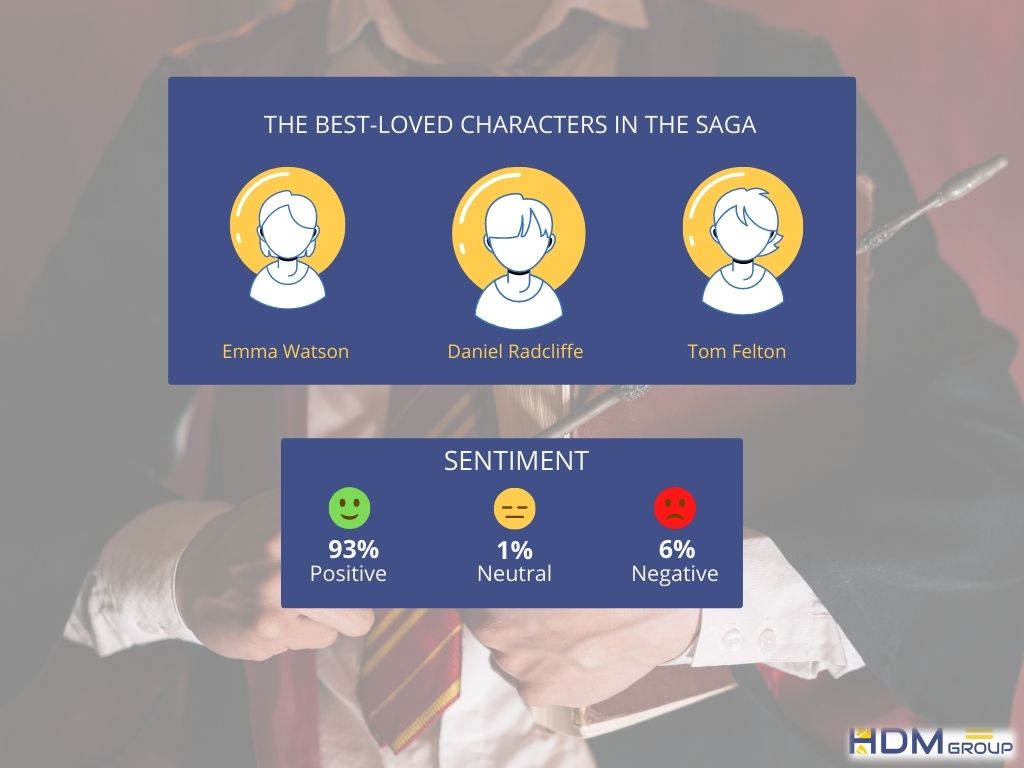 Sentiment was 93% positive, 6% negative and the remaining 1% gave neutral feedback.

The number of tweets containing videos is also not insignificant: 12,4%.

From the users’ posts, it is striking to see their attachment not only to the saga but also to the members of the cast, such as Emma Watson, Daniel Radcliffe and Tom Felton. Almost no mention was made of the absence of the books’ author J.K. Rowling.

However, there was also some criticism specifically regarding the usability of the latest Harry Potter chapter, which is only available to costumers of certain platforms or channels.