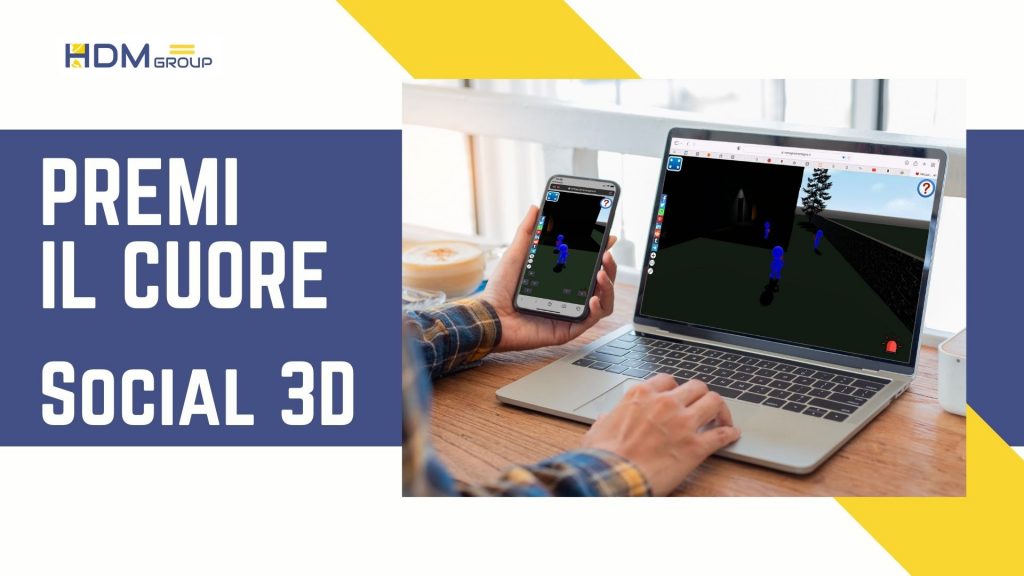 “Premi il Cuore” is a virtual place, which can be visited by means of digital tools, where it is possible to meet people from the same place or from other parts of Italy. HDM Group was responsible for creating the 3D graphics project.
The basic idea is to create a place where the affective bond with the territory is explored.

Within this virtual space, it is possible to talk with other people in total respect for privacy, as once you get inside you find yourself in the shoes of a blue avatar with a heart, devoid of any other connotation.

“Premi il Cuore” is a place where the principle of inclusivity applies: anyone can visit it, at any time and talk to anyone they wish. 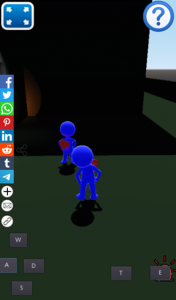 Access to virtual reality is totally free and is possible via smartphone or pc (only Chrome or Edge browser compatible). During the installation procedure it is possible to start familiarizing oneself with the functionality of the social. At the end of the procedure the visitor will be geolocated and will be inside the virtual space in the form of an avatar. One’s geographical location will be viewable on the 3D map located in one of the rooms. However, it will not be possible for other users to associate the origin of individual avatars. Users can interact with each other through voice call, which can be done by pressing “E” once the avatars are facing each other.

“Premi il Cuore” was created with the aim of making cultural content usable to as many people as possible, at any time, with total respect for the individual but making it interactive.

For the communication part, on the other hand, Kurento a Java framework used for communications via WebRTC (conferences, webcam calls , chats etc…) was used. The video streaming part was realized using a Java framework WebFlix, while for the 3D model of the museum and avatar, Blender, an open source tool for making 3D graphics, was used, and the models were then imported into Godot.

Access to “Premi il Cuore” is available from June 2022 at the link: www.romagnamontagna.it